“With Noel Leeming’s one-stop-shop solution, that brought savings of up to $40K – this was huge.”

Services: Full schedule including delivery, installation, clean up and rubbish removal over an 8 week period Sargeson Apartments, if you recognise the location you wouldn’t be wrong in guessing the site was originally home to the four houses featured in the first season of The Block NZ. In 2016 a property developer bought the sitewith plans to replace it with a six-storey, twin-tower apartment block.

Project Manager, Alistair Taylor from Blackwater Consultancy engaged Noel Leeming Commercial to provide appliances for the 92, 1 & 2-bedroom modern designed apartments. He had worked on a similar project with Noel Leeming in Hawkes Bay, where the team had delivered and installed washer/dryer combos and separate washers and dryers for 54 standalone villas. From this earlier project he knew Noel Leeming’s service offerings and their reliability in meeting deadlines on that scale of project. Noel Leeming delivered and installed 154 washing machines, dryers and
washer/dryer combos for all 92 apartments. Plus, their one-stop-shop solution included the removal of all rubbish from the site, over an 8-week period. All appliances were supplied under one brand – LG, which was a specific requirement from the client. “I preferred not going with separate brands in the apartments and Noel’s could deliver this.”

Rubbish removal was key in this build, for a large-scale project you can accumulate up to 3 – 4 skip loads of rubbish. “We calculated up front how much it would cost us to remove the rubbish from unboxing the appliances, but also to meet the Homestar rating, which was a mandatory for this build. This rating required everything to be documented in terms of rubbish accumulated and disposal of rubbish, including recycling. The labour rate to remove was costly. “This one-stop-shop solution with Noel Leeming is a massive benefit on a project like this!” – Alistair Taylor, Blackwater Consulting.

Chat to our team today

Noel Leeming Commercial delivers the best prices, products, service and support for all industry sectors through our extensive scale and experience. Contact us today to discuss the needs of your business or organisation 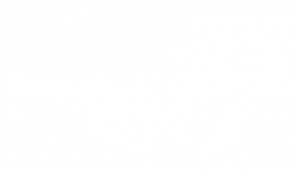